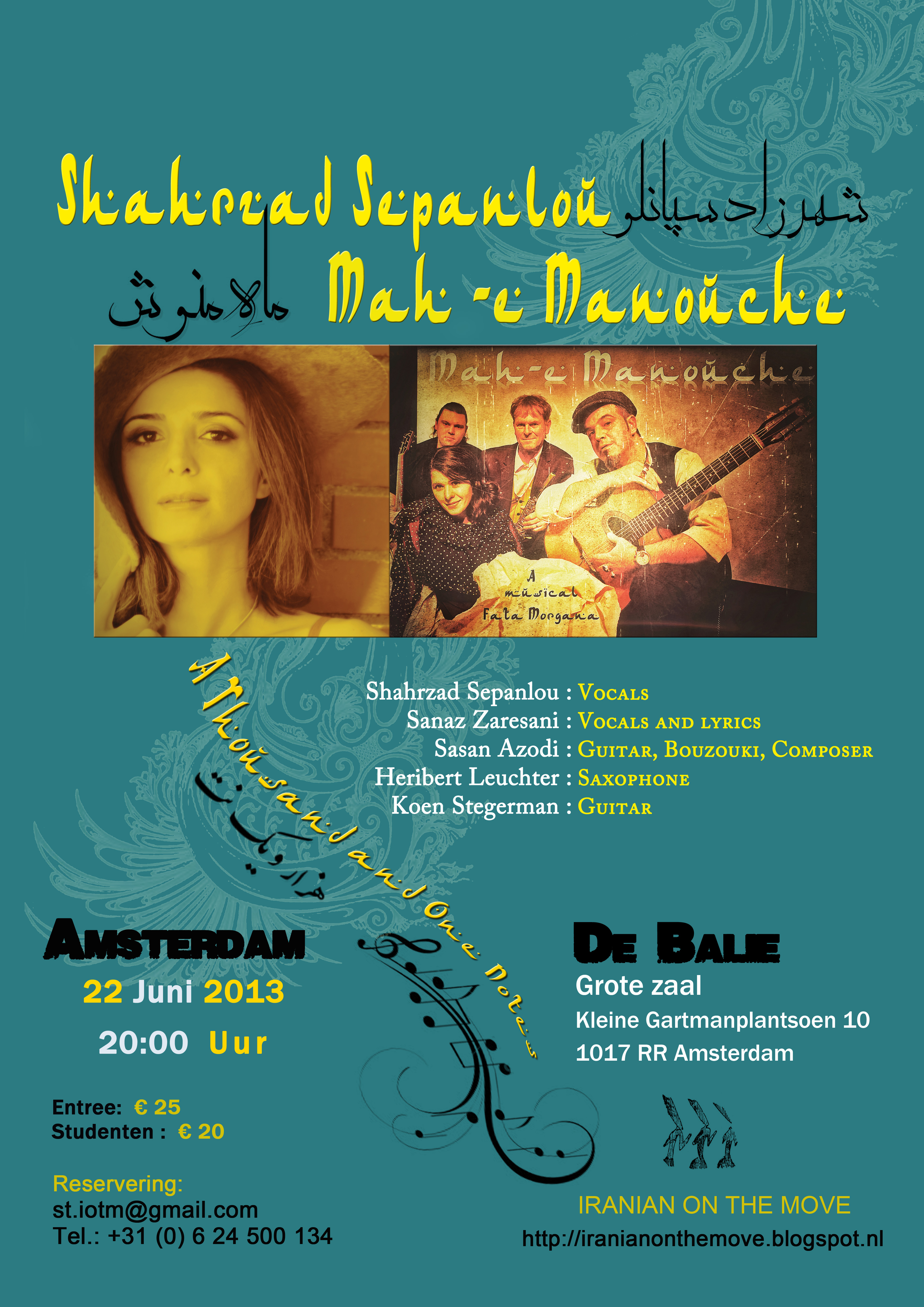 Shahrzad Sepanlou
A modern day world class story-teller & songstress, who is loved for her soothing voice and touching songs and widely known for having formed the first ever Persian female band in the late 90’s.
Shahrzad was named after Scheherazade the story-teller from One Thousand and One Nights. Born in Tehran, Iran and based in California, Shahrzad is a socially conscious artist who has collaborated with different musicians of various genres. Her jazzy, contemporary music is classy and nostalgic with a modern twist. She has released 4 albums including the latest “Yek Rooz (One Day) ”. More info can be found here.

Mah-e Manouche (The moon of the gypsies)
Homeland is a straying Fata Morgana. The music of Mah-e Manouche is rooted in many countries, speaking in varied tongues, freed from ideologies. The orient in its broadest meaning is our language, improvisation our grammar, because the moon of the Manouche shines everywhere the same. Yet our music is universal – only the spices are changing. More info can be found here.